Guest post with Claire Boston: How far would you go for love?

In The Last Quarrel, the main characters Fallon and Bridgit are driven to extremes by love and the need to get back together, set against a backdrop of a world falling to evil.
One of the questions that runs not just through a genre like fantasy but through every style of fiction - as well as real life - is: How far would you go for love? Would you lie, cheat, steal, torture, even kill?
I asked fellow Momentum Books author Claire Boston to consider this question.

Claire's new book, All That Sparkles, is released on April 23. If you've not read Claire Boston before, here's a little bit about her:
Claire Boston was a voracious reader as a child, devouring anything by Enid Blyton as well as series such as Nancy Drew, Trixie Belden, The Baby-sitters Club and Sweet Valley High. Then one school holidays when she’d run out of books to read her mother handed her Hot Ice by Nora Roberts and Claire instantly fell in love with romance novels.
The love of reading soon turned to a love of writing and she struggled to keep within the 1500 word limit set by her teachers for her creative writing assignments. When she finally decided to become serious about her stories she joined Romance Writers of Australia, found her wonderful critique group and hasn’t looked back.
When Claire’s not reading or writing she can be found in the garden attempting to grow vegetables, or racing around a vintage motocross track. If she can convince anyone to play with her, she also enjoys cards and board games.
Claire lives in Western Australia, just south of Perth, with her husband, who loves even her most annoying quirks, and her two grubby but adorable Australian bulldog. And here's a little about her new book ... 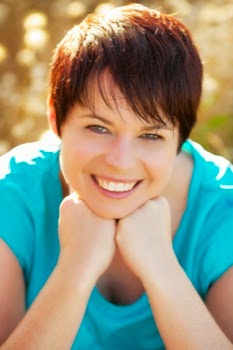 Imogen Fontaine is living every girl's dream.
She is a fashion designer for her family's haute couture label, lives in a mansion, has a great circle of friends and is the apple of her father's eye. Everything is perfect.
Until the day that Christian, the boy at the center of her childhood heartbreak, walks back into her life.
From there her life starts to unravel, as long-kept secrets are revealed. Imogen learns that her past was built on lies and betrayal, shattering the illusion of her perfect existence. She must seek out the truth if she has any hope of forging a new path for herself and discovering true freedom.
But can she convince Christian that there is a place for him in her new life?

Want to know more? You can pick up All That Sparkles on the Momentum website. And now, over to Claire...

When Duncan first approached me and mentioned we should do a blog swap writing about characters being forced into extremes for love my initial thought was I don’t have anything relevant to say. I write contemporary romance which is relatively light. Extremes aren’t really part of what I write (especially when compared to Duncan!).


Then I remembered Remy Fontaine, my heroine’s father, and my editor’s extreme dislike of him because of his actions and I realised that everyone has different opinions based on their own life experiences. Before I go any further I have to give a SPOILER ALERT. If you haven’t read All that Sparkles yet, some of what I write will give away key turning points in the story so I suggest you buy the book, read it and then come back to this post. J


Remy was such an easy character to write. Everything he said just flowed from my fingertips and I loved writing him. Let me introduce you to him.


Remy is in his seventies, a world famous haute couture fashion designer, who is filthy rich and has a single daughter, Imogen who is in her twenties. His wife and the love of his life died just days after giving birth to Imogen. His whole life revolves around his fashion empire and his daughter.


He was born in France and as a child he was shipped around foster homes with no one really loving him. He finally ran away when he was sixteen. It wasn’t until he met his wife, that he found anyone who really understood him, and with whom he could share his past. He loved her deeply, despite their twenty-year age gap.


When she died, he was distraught. To compound matters, her family in their grief, blamed him for her death. Desperate to protect his only child from the kind of hate he’d suffered as a child, he became overly protective of her. He forbade his wife’s family from seeing Imogen, she went to a private girls’ school where all of her friends had to be approved by him and when she was finally old enough to leave home, he manipulated her into staying with him. In spite of this Imogen grew up to be a sweet and reasonably well-adjusted woman. You see Remy also doted on his daughter, giving her everything she wanted and spending as much time with her as he could. He was essentially her only friend.


Some people may see Remy’s actions as a type of child abuse, but his actions are understood when you look at the context of his upbringing. While he is preventing Imogen from finding her own friends, he’s also protecting himself from criticism and judgement of those around him and protecting her from his own childhood hurts. His treatment is definitely an extreme of love, but as with any good romance, there is a happily ever after. 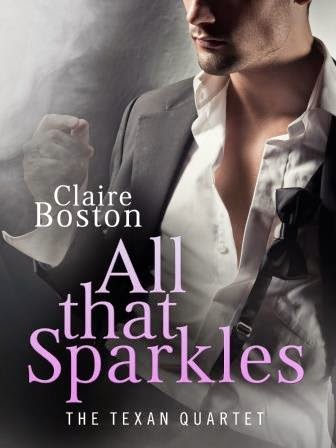 If you do read All that Sparkles, I’d love to hear what you thought about Remy. You can leave a comment below, or find me at: